Graffiti  “writing or drawings scribbled, scratched, or sprayed illicitly on a wall or other surface in a public place”

It’s been going on a while – from early caveman right up to the present day.  If you are interested in its history there are some very good posts/blogs about already… check out the wikipedia post for quite in-depth information.

And at what point does it become street/urban art? Well I guess if the artist has the owner’s permission which is presumably what is happening in urban areas where there is a vast wealth of street art which is often used by TV/film crews as colourful backdrops. These areas have even become tourist attractions in their own right.

Whatever its history, the invention of the aerosol spray paint can certainly paved the way for those graffiti artists to get out there are do their stuff…

Many pieces are combinations of the above – often by solo artists but also sometimes done by collaborative groups.  Graffiti is now a world-wide phenomena.  The content varies greatly – art, humor, political, gang-related, derogatory, religious – you name it there is probably a piece out there somewhere.  Not that it is that easy to read as graffiti artists often use their own secret codes.

Love it? Or consider the work of the devil? 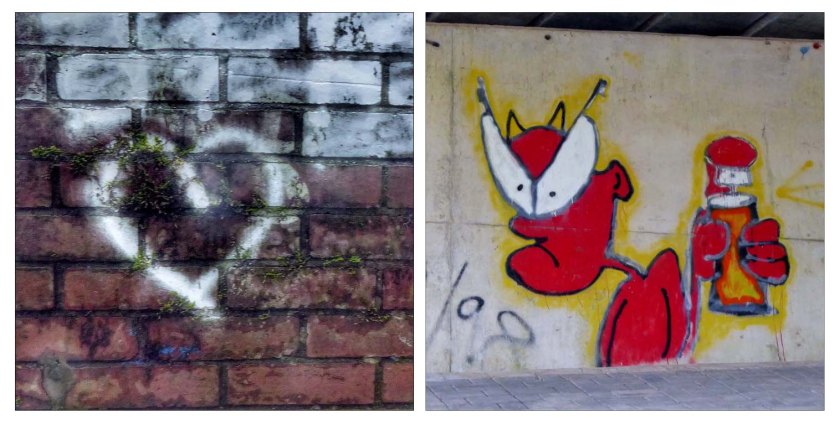 Well I love the colours and vibrancy of graffiti (and yes I also like colour charts and peeling paint but that’s for another time!) – anyway here’s a small selection of graffiti I have found on my travels… 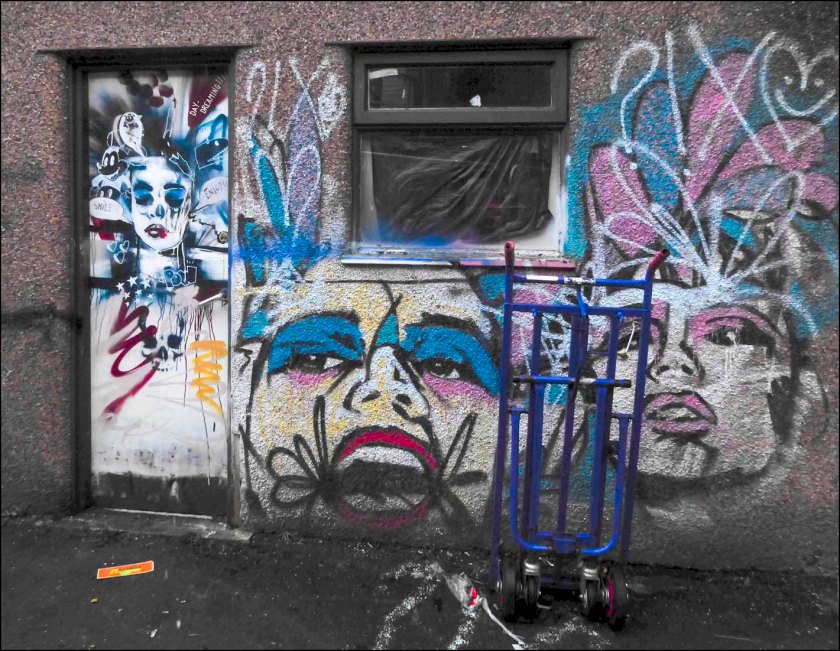 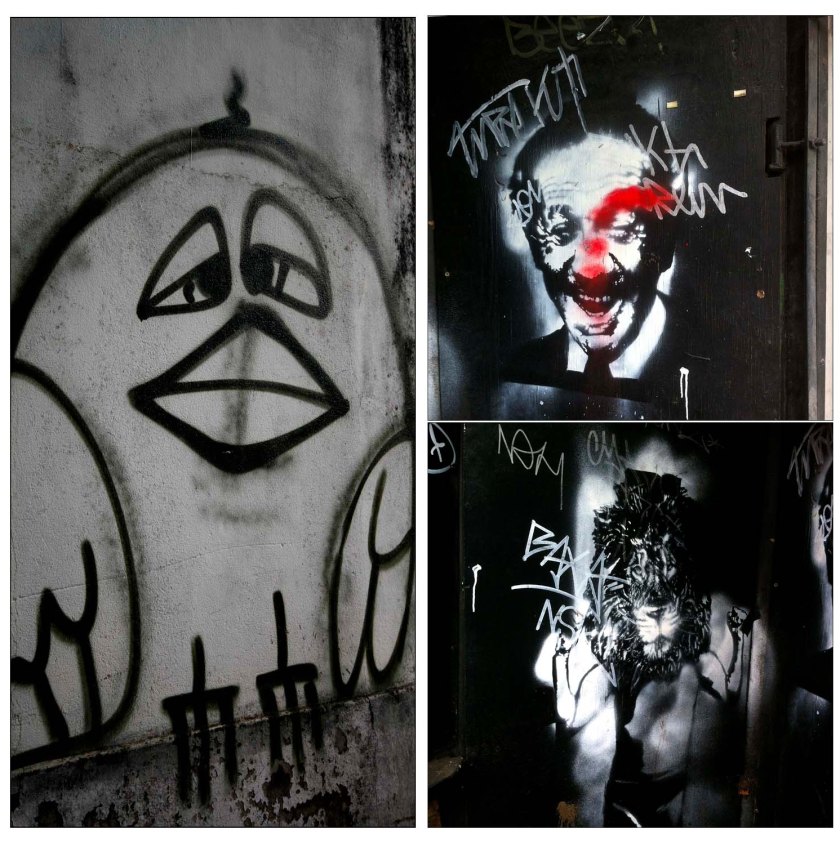 And finally for now – the one from the bus stop on the way to work – especially for my friend Howard who thought I was stopping for a coffee – but who now thinks I am bonkers when I told him what I was really doing!