For the past few years I have been going away with a group of friends from a local camera club – mainly up to Scotland but a few other places as well.  Here’s a short review of the October 2017 trip to Mellon Udrigle and the surrounding area – and of course a few images.

Up in the western highlands of Scotland lies a peninsula known as Rubha Mor – surrounded by Gruinard Bay to the east and Loch Ewe to the west.  To the north lies the Atlantic and eventually the Arctic Ocean – but more of that later.  Mellon Udrigle is on the north eastern side of the peninsula – a small cluster of houses, crofts, a camp site and a white sandy beach.  From the beach where there are stunning views over to the Summer Isles and the mountains of Sutherland, Coigoch and Assynt.

Down the single track road back towards the main road the views can be rather special too, especially if the late afternoon sun makes an appearance.

Driving down the western side of the peninsula alongside Loch Ewe you pass through Aultbea and Mellon Charles.  We have been told that ‘The Perfume Studio’ is worth a visit – it is small café, craft shop where they sell their home-made soaps and perfumes – there is also a photographer’s workshop…but it’s the thought of a brew, a cream scone and free Wi-Fi that beckons us!  There are great views out over Loch Ewe or at least there would have been if it wasn’t blowing a hoolie with horizontal rain lashing the windows!

Driving back the rain briefly stops and the sun appears – we stop for a quick shot of a rather splendid sculpture of a lady with a camera – the owner having kindly placed it in their front garden for all to enjoy. We also grab a few shots of an old tractor as one does. 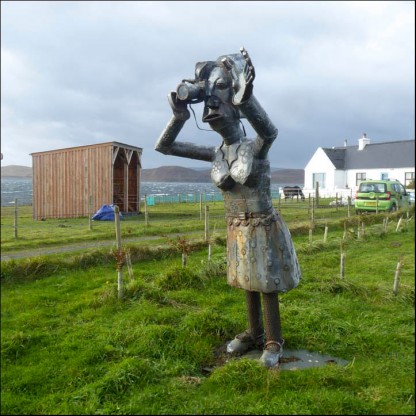 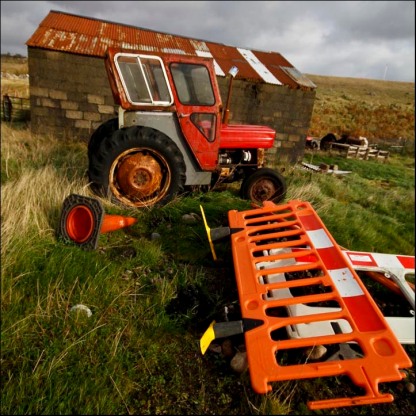 But it’s a glimpse of a pier caught in a shaft of sunlight that intrigues – we set off to investigate. We explore it from various angles – the car park, the jetty, the beach and up the hill!

Loch Ewe has a surprisingly strong maritime history – from fishing to ships carrying iron ore to be smelted in the furnace at Poolewe in the 16th century, and then during World War II it was used as an assembly point for Arctic Convoys.  Ships from British, American and Canadian ports gathered here before sailing through with supplies to the northern ports of Russia.  Inevitably these convoys attracted the hostile attention of the German Navy and what we thought was a pier was actually part of a boom defence installation that spanned Loch Ewe across to Firemore Sands in the west to deter U boats.

There was also a military base – the huts have now been demolished but the concrete bases and other relics remain; elsewhere in the area you can find the remains of anti-aircraft gun towers and other wartime installations. 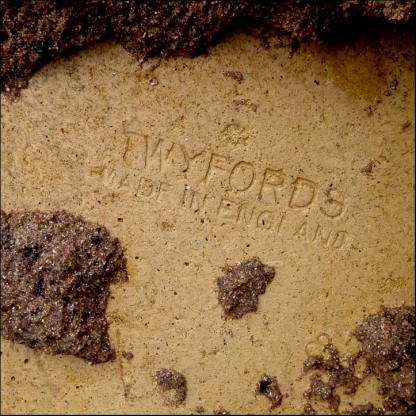 If you are in the Aultbea area there is a small museum with lots of local history with personal memories from local people about the area during wartime including the Russian Arctic Convoys – definitely worth a visit.

Further west are the lovely Inverewe Gardens (National Trust for Scotland) which are also worth a visit – even in late October there was plenty of colour about in the beautiful walled gardens. 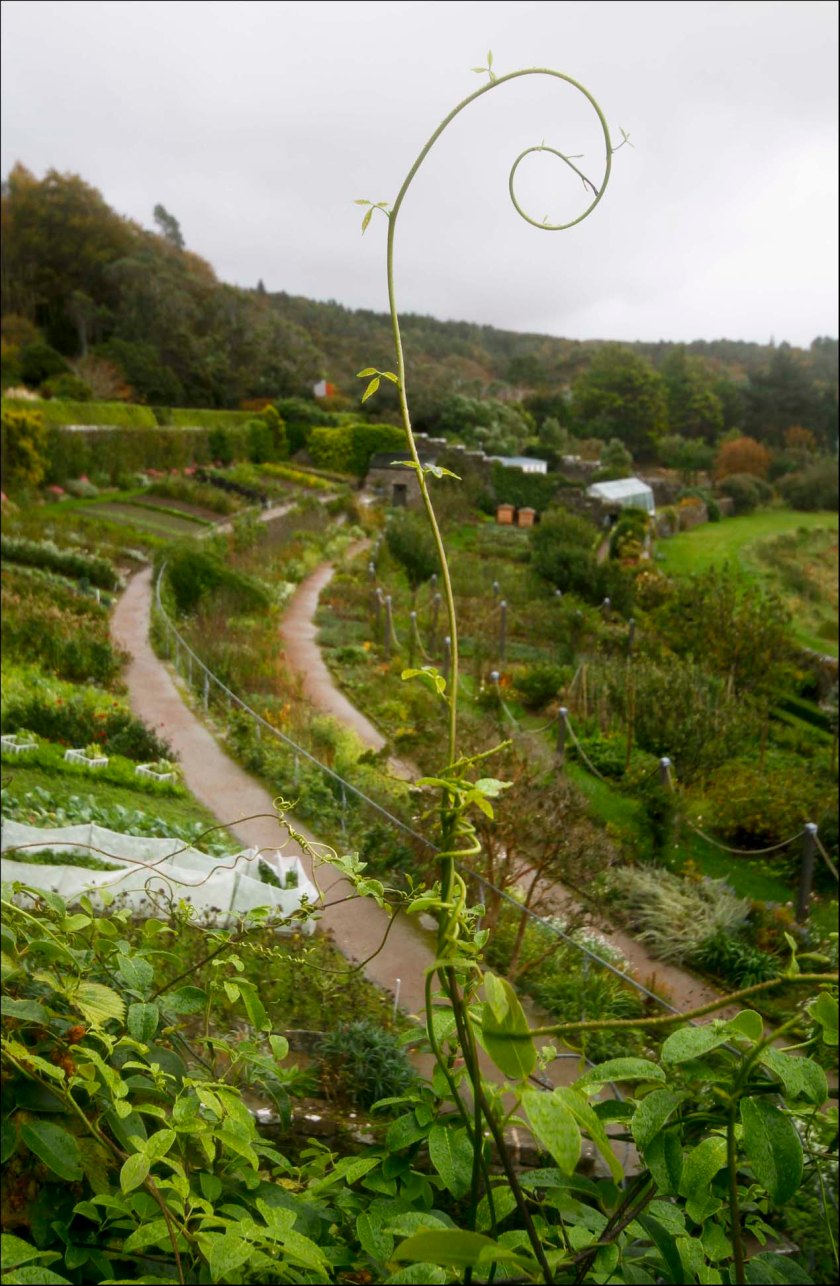 There are lovely walks through the gardens and into the wooded headland and quite often there is an exhibition in the house – all of which is free to National Trust Members (from any country – just show your pass). 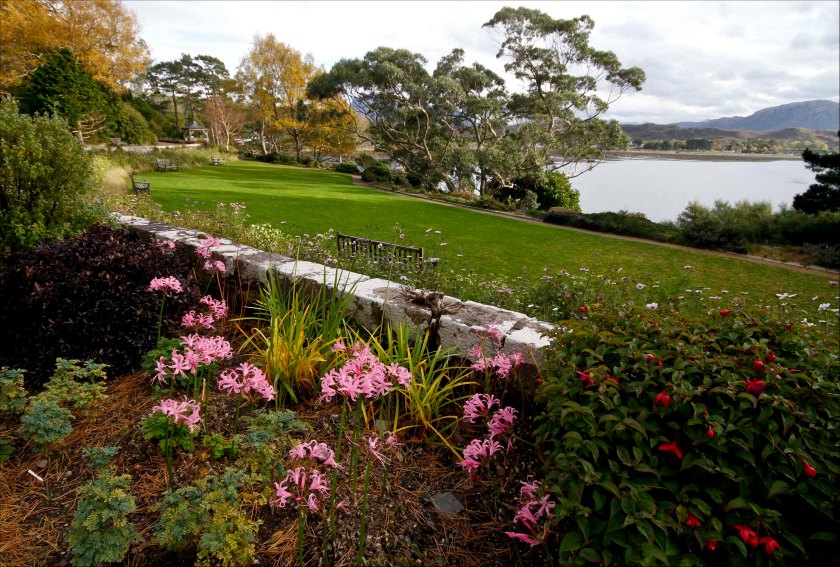 There is also a shop and a café which was suitably equipped with freshly baked scones (amongst a variety of other goodies) and yes you guessed – there was also free Wi-Fi!  As we didn’t have any internet whatsoever back at the house this was a most welcome facility.

Somewhere I certainly wouldn’t recommend visiting is the infamous Gruinard Island, located in Gruinard Bay – in 1942 scientists from Porton Down experimented with the deadly anthrax virus there and for many years it was quarantined. Whilst there have been some attempts to decontaminate it, it seems some experts still don’t think it is safe!

Of course it wouldn’t be a trip to Scotland without some weather and we certainly had some – including the forerunner to Storm Ophelia which caused rain, strong winds and strange skies but fortunately didn’t hit this part of the country. 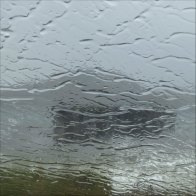 And there was even a rainbow or two… 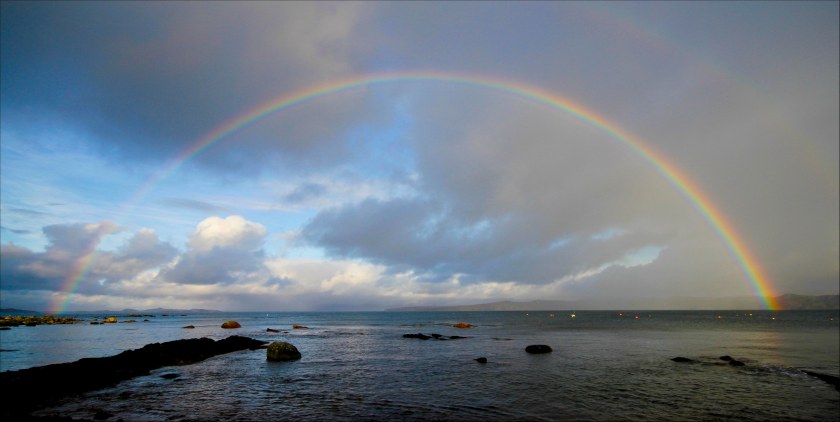 So if you are ever up in the western highlands of Scotland don’t forget to stop a while and explore – you never know what you might find.